I recently sat down with Craig Kanarick, CEO and founder of a delicious new start-up called Mouth Foods. The first time I looked at his website I wanted to grab a spoon and dive right in. Instead, I took him to coffee to digest the story of how someone left an executive seat at Razorfish, in favor of a small office piled high with jam jars and stoopwaffles. 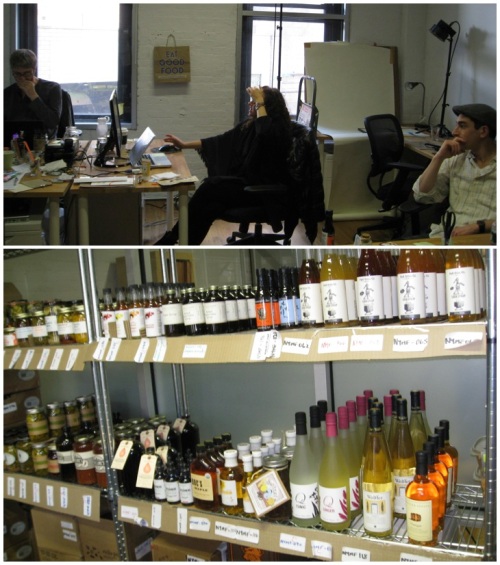 We’ve all been there. Riding the corporate roller coaster, looking out the static windows with an unfocused stare, dreaming of our professional freedom. One day, Craig’s daydreaming eyes narrowed in on the French Culinary Institute’s smoke-breaking students across from his downtown office. Light bulb: “I want to leave this grind behind and go to culinary school.” Lucky for Craig, he just happens to be friends with Mario Batali, who quickly advised him that he would learn more jumping straight into a restaurant kitchen than spending months and thousands of dollars at FCI. Craig hung up his briefcase, grabbed his knives and jumped at the opportunity to help with prep and learn the inner workings of Babbo.

It was a weekend excursion to a Brooklyn shop, Marlow and Daughters, that was the second light bulb illuminating his path to launching Mouth Foods. As his children excitedly talked with the butcher and wanted to try all the hand-prepared products lining the cases and shop shelves, Craig realized it was difficult to get these treats unless they paid a visit to the depths of Brooklyn when they had the time. Small production artisans just want to produce – they don’t often think about distribution and when they do can often encounter difficulty winning the competition for shelf space. So how do we get our hands on these goods? And how do we share our favorite new bacon-chocolate discovery without having to stand in line at FedEx to send someone we love the pork-cacao confections that we have wrapped ourselves?

There have been a few online channels that have popped up – foodzie is one of the largest and have recently changed their focus to a subscription model. Gilt Taste is a lusty site that makes me drool for Spanish Mangalica Ham and White Truffle Cream…and also makes we wish I had eight figures in the bank account to afford those items. 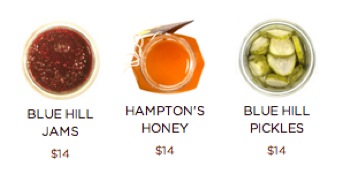 Enter Mouth Foods. A beautifully designed site that showcases what’s in the jar with a bird’s-eye view that tells the mind to dive right in. Just launched in December, they are quickly adding products that live up to the philosophy of supporting small independent packaged food makers to grow their businesses. They are focused on the art and craft of local, sustainable business preparing foods and making food products and making it easier for the consumer to get a taste.

With the desire to support a start-up supporting the up-all-night small food producers of New York, I sent a package of intriguing bites ranging from a bacon toffee bar to ginger ale, to my cousin and did a face-time session with her when her surprise belated-Christmas package arrived. The local angle may not have resonated with her as much as it did with me – she has no idea who NY-based Nunu chocolates or Sour Puss Pickles is, but that didn’t stop her from gushing over every sip and bite of just plain old delicious handmade treats. And if she is interested {as I was} she can read about each of the makers on the site.

So what’s next for Mouth Foods? More products and more cities. And, in my opinion, I’d love to see a subscription model that brings Christmas morning to your doorstep on a regular basis. I don’t always want to go online when my craving hits, but I would like to receive a jar when Brooklyn Brine launches a new flavor. I want to be the first to try Nunu chocolates latest chocolate-covered X. And then I want to send a gift of all my favorites that I have personally tried to my network of friends and family. I want to be a tastemaker and I want Mouth Foods to be my discovery channel of all the best and newly launched artisanal goodness being brewed in the small, scattered storefronts throughout the country. 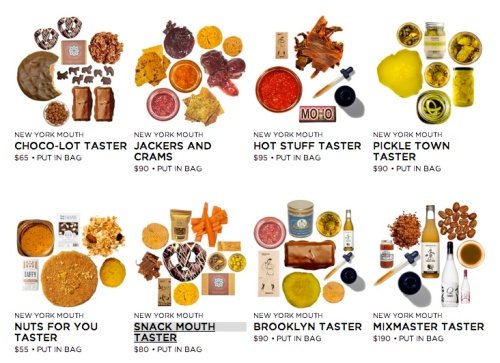