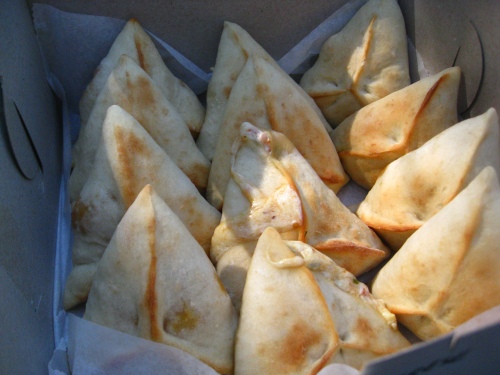 Every now and then something revolutionary comes along in the food world and I stop to think — how do I get my hands on THAT, right now? I’ve dined at many restaurants across the globe, from hole-in-the-wall gems to slick molecular-gastronomy geared establishments. I’ve visited several 10,000+ vendor food shows, crowded with purveyors looking to launch the next big trend. But my most recent discovery hit close to home {and perhaps rocked my world} because the product is an innovative twist on something I’ve been eating since the day my mom transitioned me to solid foods: The Meat Pie.

A Meat Pie Defined: A fresh baked, warm bread pocket that you can take anywhere. Growing up in a Lebanese family, we ate these little pockets of goodness often — at family functions, on nights mom didn’t want to cook, as snacks on the way to after-school tennis practice. While we only ever had two flavor options, meat or spinach, these pies were SO good, I never thought twice about wanting anything other than meat or spinach.

But on a recent trip home to Detroit, said world was rocked. A new food start-up called Al & Ry’s Meat Pies, started by a 30-something friend of mine and her boyfriend, is taking this traditional pocket of goodness and transforming it into an updated pocket of greatness. 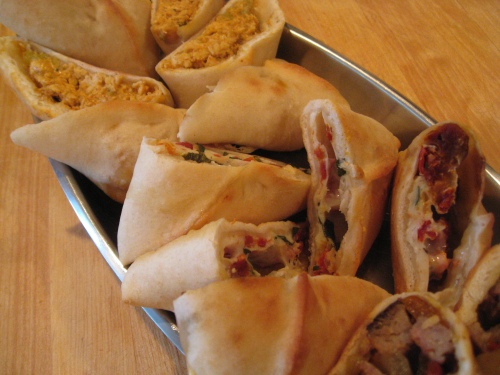 I sampled a few of these and can honestly say I wouldn’t be able to pick a favorite from the line-up. The dough is light and airy and each is stuffed with a combination of flavors we’re used to eating elsewhere, but fits perfectly into these pockets. I bought a dozen to serve at a family barbecue, cut them in half to make them last longer — long they did not last, they were gone in a matter of minutes. The Chicken Enchilada Pies were  juicy with only a slight spicy {and welcomed} kick to them, the Caprese Pies were stuffed with the sweet concentrated flavor of sun-dried tomatoes and creamy fresh mozzarella with fresh-picked basil, and the Sausage & Peppers Pie was like having a ball game all wrapped up in a perfect hand-held pocket. I also sampled the Slider and Breakfast Pies and can attest to their brilliance. I can’t think of a better snack to pull out of the fridge after a long night at the local watering hole.

Seriously, I don’t know if I can ever look at those traditional meat and spinach pies of yesteryear the same again. Why didn’t someone think of this before?! — take the casual foods we love, and put them in a fresh handmade pocket that can be eaten on the go or whenever you want a DELICIOUS, but quick snack. The best part about them is they are all made from scratch, using only fresh ingredients, so throw some in the freezer and you have a healthy snack whenever you want. I could see these being the perfect thing to have on hand for lunch or dinner when you’re in a pinch, to serve as a fantastic appetizer for an impromptu party, or even take on the boat or to the local park for a picnic. 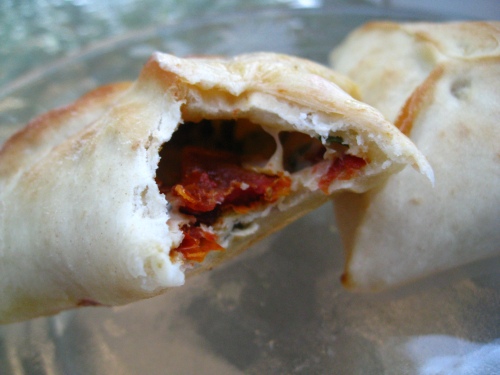 Taking A Bite Out of Al & Ry's Caprese Pie

Al & Ry’s Meat Pies currently only serves the Michigan area and are available for catered events, mid-week meals or late-night snacking. They are also available hot and fresh at Ye Olde Tap Room — perfect snack to wash down with a cold draft. Get ’em while they’re hot!

To Order: Email Alison or Ryan at al.ry.meatpies@gmail.com

Filed under Do This!, Travel Bite